Back to all posts

Budding comedy writers are about to get the chance to have their sketches performed by a group of leading North East comedy actors at a special show in May.

After a two-year break, Sunday for Sammy is proud to announce the return of A Sketch for Sammy.  New comedy writers are invited to submit a sketch of no more than five minutes duration. The entries will be reviewed by top Tyneside comedian and writer Jason Cook (Hebburn, Murder on the Blackpool Express) and a short-list of six sketches will be created.

The short-listed writers will all receive mentoring sessions with Jason Cook to help them polish the scripts.  The six sketches will be performed by a professional cast at the Sketch for Sammy final in front of a live audience at the Exchange in North Shields on Sunday 15th May. The show will be compered by Steffen Peddie and features other top local comedians in addition to the sketches.

The winning sketch will be chosen by a panel of celebrity judges and the successful writer will be presented with the ‘2022 Dick Clement and Ian La Frenais Comedy Award’.

Writers need to submit their scripts to info@sundayforsammy.org by Sunday 17th April. Shortlisted writers will be informed very soon afterwards.

Sunday for Sammy Trustee Jason Cook said, “One of the most difficult challenges for a novice comedy writer is getting your work performed.  A Sketch for Sammy gives the opportunity for new writers to see their work brought to life by an experienced cast in front of an enthusiastic audience.  This can be truly inspirational and a right laugh.”

Sunday for Sammy Show producer Ray Laidlaw said, "A Sketch for Sammy is another innovative creative project supported by the Sunday for Sammy Trust.  This is only made possible by the fantastic support of the people of the North East who pack out our shows and buy our DVD’s."

A Sketch for Sammy
7:30pm Sunday 15th May
The Exchange, North Shields

Tickets: £5, available from The Exchange 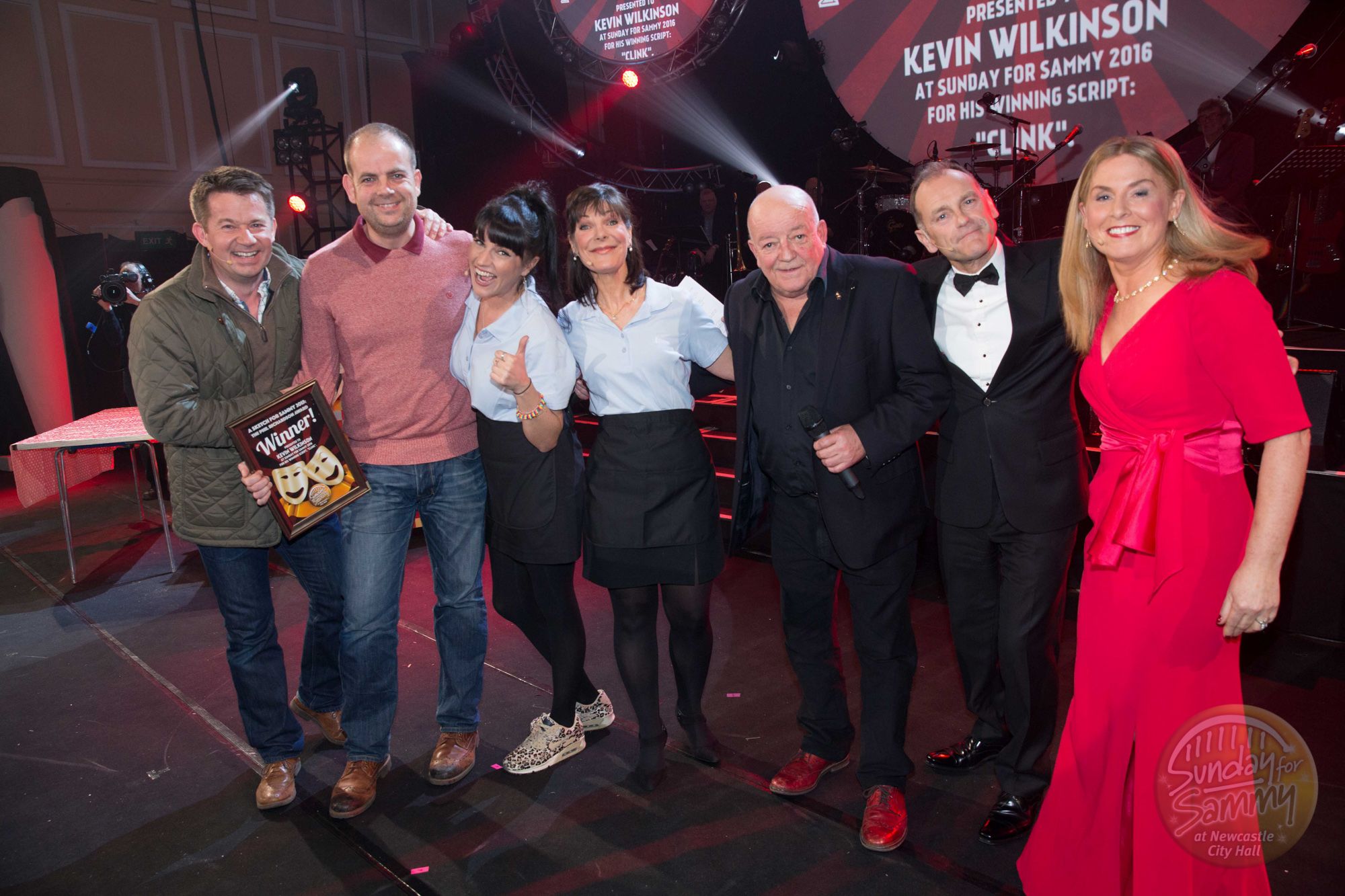 Photo:  Winning writer Kevin Wilkinson being presented with his award for his winning sketch ‘Clink’ on-stage at the 2016 Sunday for Sammy show. (John Millard Photography)